Blackened doom metallers, FORGOTTEN TOMB, release a live music video for the song “Shutter”. The video comes from band’s new DVD, “Darkness in Stereo: Eine Symphonie Des Todes – Live in Germany”, which is available now via Agonia Records. The clip can be viewed below:

The new DVD features three professionally-shot live shows, filmed during 2012, at:Kings Of Black Metal Festival, Under The Black Sun Festival and club K17 in Berlin (Germany). Cover artwork of the release has been drawn by comic artist Mariano De Biase.

The full show recorded at Kings Of Black Metal Festival can be downloaded for free in audio format, here. 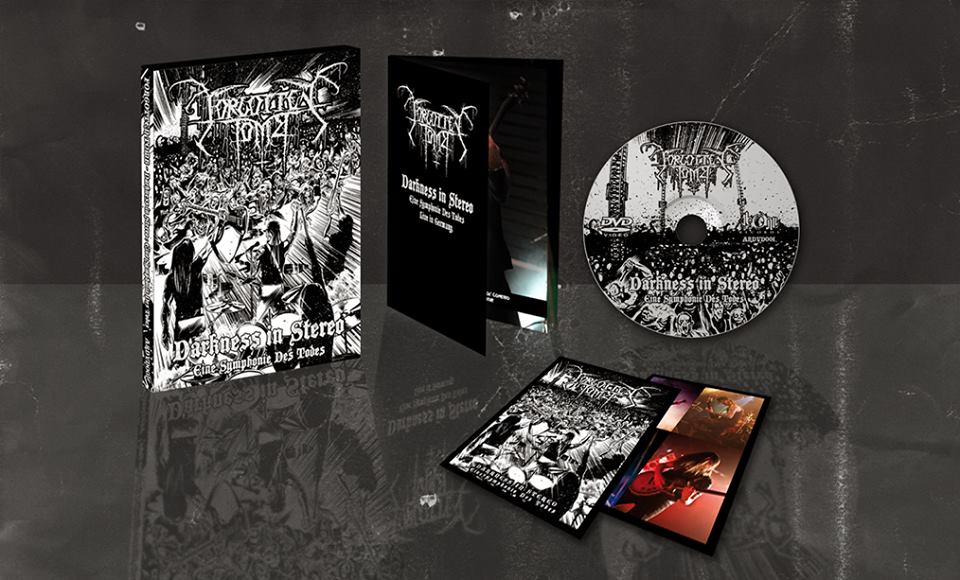 – as a noble A5 digibook with a 8-page booklet,
– as a limited to 200 copies exclusive digibook including a postcard with signatures of all band members and a live poster (limited edition is available only via Agonia Records Webshop, here).

With almost 15 years of activity, 6 full-length albums and a double live in-studio album, live shows all over Europe and a worldwide underground following, FORGOTTEN TOMB definitely deserves its cult status in the current Extreme Metal scene.

With now-classic albums such as the milestones of “Songs To Leave” (2002) and “Springtime Depression” (2003), the band practically crafted and gave birth to a whole new sub-genre, now regarded as Depressive Black/Doom Metal. Afterwards it managed to evolve it, destroy it and reshape it with the highly acclaimed “Love’s Burial Ground” (2004), the controversial “Negative Megalomania” (2007) and the ground-breaking “Under Saturn Retrograde” (2011).

In 2012 “…And Don’t Deliver Us From Evil” was released to critical acclaim, followed by a European tour with Enthroned and Impiety to conclude the successful year. Over 2013 the band kept promoting the new album with a headlining European run with Isole and Ereb Altor, as well as single shows and another European tour with Incantation and Ragnarok. 2014 will see the band celebrate its 15-years anniversary.