Ever restless, Denmark’s Slægt present an exclusive new 12″ mini-album for Iron Bonehead Productions,Beautiful and Damned, set for international release on January 22nd, 2016. This MLP is aptly titled: Beautiful and Damned shows Slægt shedding its previous skin, from the celebrated Ildsvanger debut earlier this year, into something more kaleidoscopic, multi-hued, and yet equally menacing. Gone is the blown-out black metal grimness of Slægt Mk I; here, with the lineup now doubled in size and live rituals more frequent, a sort of blackened epic metal emerges.

Songs are no longer minimalist exercises in lurking menace; instead, the full furl of classic heavy metal’s narrative powers are played out across the three main epics of Beautiful and Damned, buttressed by an indeed beautiful acoustic instrumental. Comparisons can be drawn to comrades Reverie, who now share members with Slægt, but more than mere on-the-surface stylistic similarities, it can be argued that these impossibly energetic youths are drawing from an eternal wellspring of inspiration, and Slægt, for their part, are keeping a still-fertile toehold in black metal. Beautiful and Damned closes one chapter, and begins another… CD and tape versions will be out earlier on NecroShrine. Cover and tracklisting are as follows: 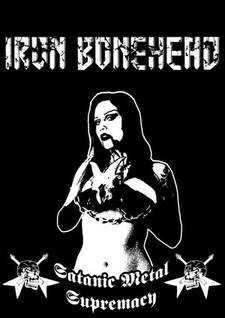