BLACK EARTH — the new project featuring former and current members of ARCH ENEMY performing material from ARCH ENEMY’s first three albums live on stage — kicked off its seven-date Japanese tour on May 17 in Tokyo. Fan-filmed video footage of BLACK EARTH’s May 23 concert in Osaka can be…

Fan-filmed video footage of BLACK EARTH‘s May 23 concert in Osaka can be seen below.

BLACK EARTH‘s setlist for the Japanese tour was as follows:

Michael Amott told Kansai Scene about BLACK EARTH: “We thought it was a great idea to celebrate [the 20th] anniversary [of ARCH ENEMY‘s ‘Black Earth’ album] and the early years of ARCH ENEMY this way. Judging by the reactions we are getting from the Japanese fans, I think we have made the right decision to book these seven concerts across Japan.”

He added: “We [are] playing the debut ARCH ENEMY album, ‘Black Earth’, in its entirety, of course, as well as a cross-section of songs from the second and third albums, ‘Stigmata’ and ‘Burning Bridges’…and dare I say some pretty cool surprises too!”

Asked if BLACK EARTH is a short-term or long term-project and whether it will have any effect on the future of ARCH ENEMY, Michael said: “BLACK EARTH has no impact on the ARCH ENEMY schedule. ARCH ENEMY will return with a new studio album and world tour when the time is right. For now, BLACK EARTH is only existing for the Japan tour in May! I doubt that we will pursue this project any further after the tour. We are, however, all extremely excited to perform these special concert in Japan for the fans — it’s going to be a unique and cool experience for both us and the audience.”

ARCH ENEMY was rejoined by the band’s original members Johan Liiva and Christopher Amott for their appearance at last year’s edition of the Loud Park festival on October 10-11, 2015 at Saitama Super Arena, Saitama, Japan.

Speaking about his 2000 exit from ARCH ENEMY, Liiva told LoudTV.net in a 2015 interview: “Actually, I wasn’t that angry. I was just kind of shocked and kind of disappointed, because I wasn’t expecting it. But you just have to deal with it and accept what happened. Then, a few years later, I realized, ‘Okay, this is what it’s like. It’s the music business. [ARCH ENEMY mainman/guitarist Michael Amott] wants to make a living from his music, he wants to make the band like that.’ And, honestly, at the end, I wasn’t putting too much of my energy into the band; I had so many other things on my agenda, unfortunately. So it was like a mixture of all these things. I was not focused, maybe. So I totally understand it. But then again, many fans were really angry and they all supported me, and I thanked them so much for that. And now they see me doing this show in Loud Park and they wonder what the fuck is going on. You know what I mean? That I don’t stand for my values or… But it’s not like that. It was a very difficult thing back then.”

Asked how his guest appearance with ARCH ENEMY at Loud Park came about, Liiva said: “It was Michael [that asked me to do it]. We’re old friends and we speak every now and then on the phone. So he said, soon it’s twenty years ago, you know — it’s an anniversary for the band. And also it’s an anniversary for the Loud Park festival. So he was, like, ‘Would you like to do this?’ And I was, like, ‘Ehhh…. Yeah. Yeah, of course I want. For the fans.'”

Liiva was replaced by German singer Angela Gossow as ARCH ENEMY‘s lead vocalist in 2000. Gossow exited the band in 2013 and was succeeded by former THE AGONIST frontwoman Alissa White-Gluz, while remaining as the group’s manager.

Christopher Amott first left ARCH ENEMY in 2005, only to return to the group two years later. His second, and apparently final, departure came in March 2012. 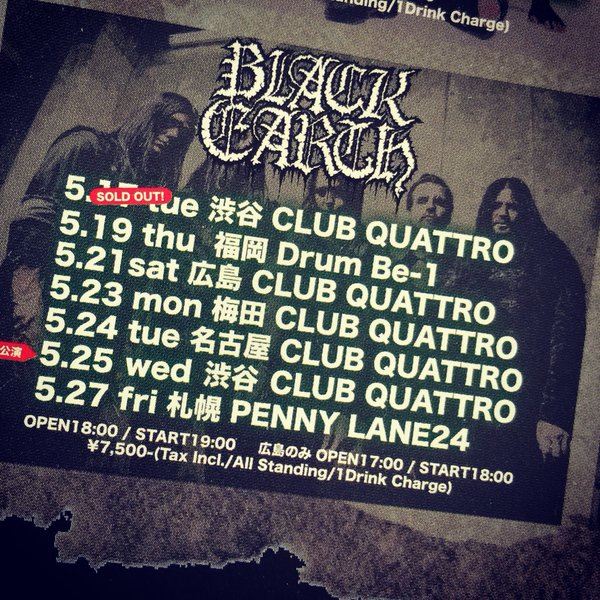 Newmeds – Nothing Is Heavier Than The Mind