One of Spain’s oldest death metal bands, Canker – formed in 1990 – are finally going to see their third album, Earthquake, released this coming September through Xtreem Music.

Originally recorded back in 2005, Earthquake never saw the light of day due to various problems, but it is now when it’ll finally be released. Containing 10 songs, this album keeps the band’s identity intact, that killer death metal with a thrashing edge and a total old-school feel always owned by Canker.

Cover artwork for Earthquake has been painted by Spanish artist Jose Vives, who already did covers for bands like Goat Worship, Itnuveth, and Retrofaith amongst many others. It is revealed as follows: 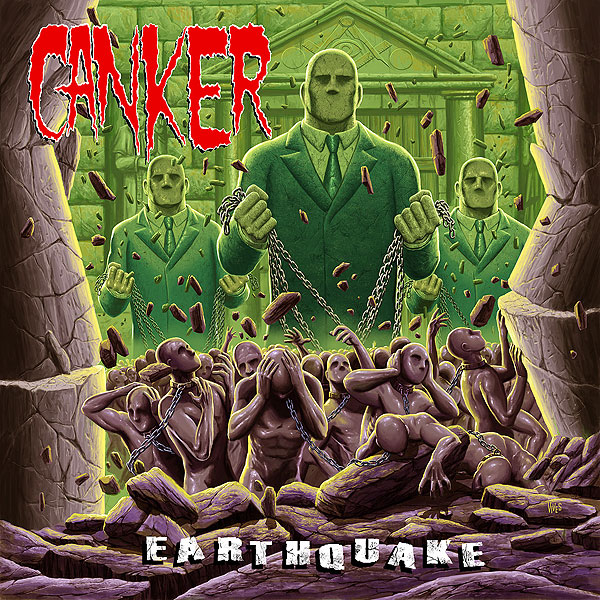 Release date, track-listing, advance songs, and other info will be revealed in the coming weeks, so stay tuned! In the meantime, you can visit Canker‘s official Facebook below.
MORE INFO:
www.facebook.com/canker.granada