New Years Day have premiered their music video for “Skeletons”. The single is also available to purchase and stream worldwide now. 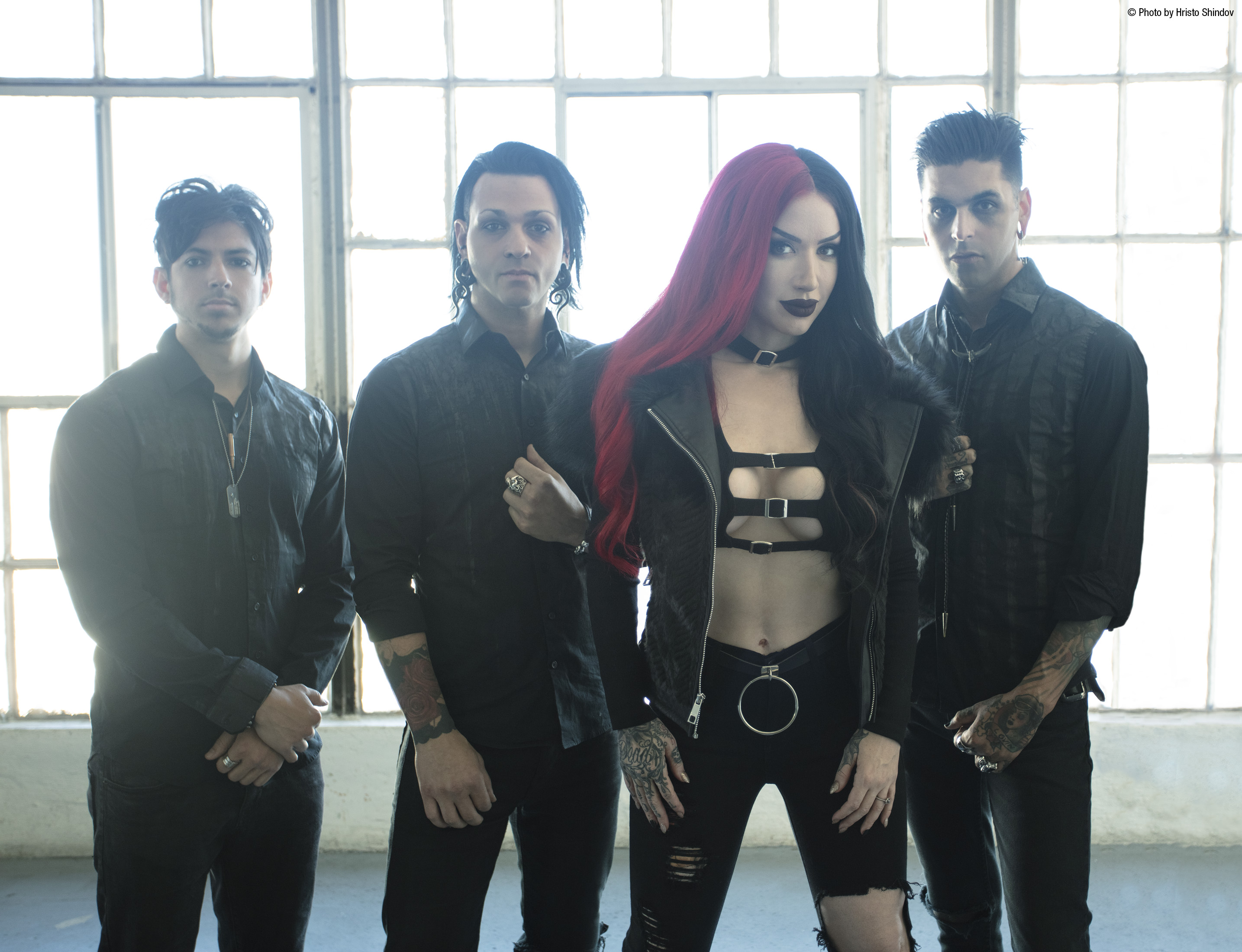 “It’s clear to me that Skeletons is a favorite along the NYD fan community since day 1. Something about this song resonates. The right mix between heavy, soft, strong and soft vocals really made it stand out on our record from the rest. The song is about opening up and letting who you hide inside come out, so for that reason, I performed the song alone on the music video. It’s tough because it makes you vulnerable as a rock front woman to be without your band but it changed the performance into something pretty unique from our other music videos. I hope everyone enjoys it,” states Ash Costello about the track and new music video. Watch it here:

Just this past January, the band released Through The Years, a limited edition box set featuring all 7 of New Years Day’s albums on custom colored vinyl, a blu ray of their beloved music videos and a four-page picture book of never-before-seen photos of Ash and New Years Day from their humble beginnings. The photos were handpicked and the captions were hand written by Ash Costello. This is limited to 500, fans can pre-order while supplies last HERE.

Formed in Orange County, California by Ashley Costello, New Years Day shook the scene with their Century Media debut, Victim to Villain, in 2013 featuring their breakout single “Angel Eyes.” The five-piece later cemented their place in the heavy music landscape with their Epidemic EP and critically-acclaimed Malevolence full-length in 2015, clocking more than 20 million views on YouTube. The band has since become the most visually-captivating group in modern rock, playing for millions of fans around the world, sharing the stage with Ozzy Osbourne, Halestorm, Nine Inch Nails, Escape The Fate, Hellyeah and Five Finger Death Punch while also headlining the longest-running touring festival, Vans Warped Tour, in 2017. In 2018, they released their EP, Diary of a Creep, to pay tribute to the artists who shaped them thus far. The EP featured renditions of Garbage’s “Only Happy When It Rains,” New Order’s “Bizarre Love Triangle,” No Doubt’s “Don’t Speak” and their original track “Disgust Me”.

Purchase Through The Years: Pivot