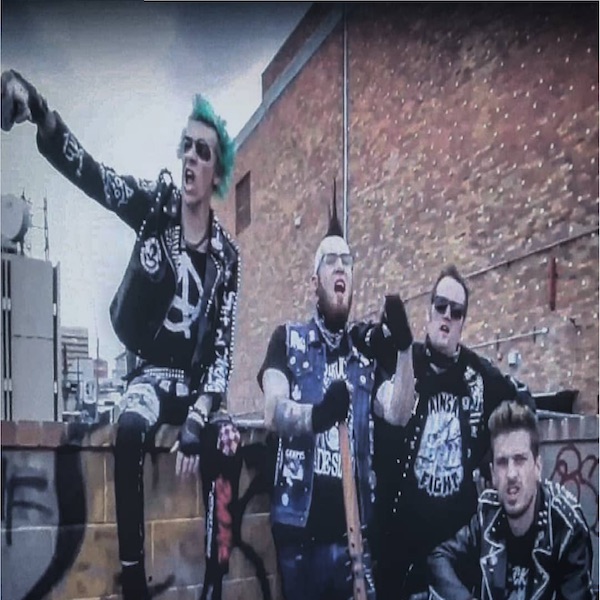 GOB PATROL are one of the latest signings to Riot Records (part of the Golden Robot Global Entertainment Group) and the Las Vegas-based punks have today released their new single, Anarchy.

Listen to Anarchy by Gob Patrol HERE
GOB PATROL are heavily inspired by the legendary 80’s US punk scene highlighted by acts such as Black Flag, GBH, Minor Threat and The Germs. Anarchy is a track directly under the influence of the aforementioned acts. It’s angsty, rebellious, chaotic and 100% pure old school punk rock.

The idea of GOB PATROL started in 2018 with Jay the Guitarist meeting the singer Slam in Las Vegas over a discussion of punk rock bands. They soon found bass player Gogo and drummer Cody. The concept was to develop music based on the influence and sound of their favourite 80s punk bands, and to keep that sound alive in a growing scene. Writing guitar-driven songs inspired by bands such as Black Flag, GBH, and The Germs, GOB PATROL stay true to the genre.

After recording their first demo, GOB PATROL hit the road playing shows to large crowds in California, Utah, Arizona, and raging in the Vegas scene. Look forward to a full album of punk anthems soon!