After a decade on the lam, Germany’s foremost psycho/punkabilly/rock’n’roll outfit MAD SIN are thrilled to release the video clip for their new album “Unbreakable”. Check out “Moon Over Berlin” here: https://youtu.be/CqOgesstsIw

The video was directed by Dirk Behlau for Beastwood Film Production.

The new album, “Unbreakable”, finds founding member Köfte “The Big Chief” DeVille and St. Valle (Double Bass) returning to the fore, and they’re going all-in. Indeed, MAD SIN are embroiled in a new decade, and times have certainly changed, but the hard-bitten group remain solidly in the thick of things, their hard-won genre-blurring—punk to country, blues to hardcore, metal to ska and garage to pop—romp is as poignant as ever. DeVille returns inspired, more self-aware, and ready to honey bop to the darkest side of the moon together with the rest of the MAD SIN boys. When it was all nailed down and as impressive as a properly coifed pompadour, MAD SIN holed up in Kápita Studio in Catalonia, Spain. There, they committed “Unbreakable” to eternity. Assisted by engineer and mixing gurus Albert Suzmosas and Alicia Marin Martinez, DeVille and his band put everything into their old ball and chain. For maximal results, MAD SIN brought in Sascha “Busy” Bühren (Seeed, Motörhead, Iced Earth, The BossHoss and many more) and TrueBusyness Studio in Berlin to master it. The overall production is bright and gritty yet crisp and street-wise. It’s psycho/punkabilly for a new era.

MAD SIN will hit the road and play live as soon as the clubs are open again. “We want our fans to be a part of ‘Unbreakable’,” DeVille says. “They’ve made it possible that we’re still alive. We owe them everything.”

The coloured vinyl options are already sold out! 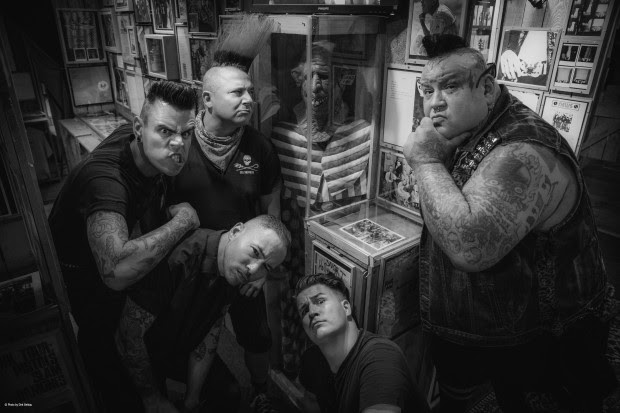