The sensation was perfect – Helloween, who has sold more than 10 million records worldwide, being one of the most respected German metal bands since 1984, announced their PUMPKINS UNITED WORLD TOUR in 2016. The media was raving about the tour of the year, playing 69 shows in 32 countries all over the world. More than one million fans on three continents were ecstatic because it was not only a reunion of the original band, it was the summit of seven ultimate HELLOWEEN heroes: Andi Deris, Michael Kiske, Michael Weikath, Kai Hansen, Markus Grosskopf, Sascha Gerstner & Dani Löble. Or to put it simply, it was a dream come true for fans around the world. The band received five times more spectators and all of them had only one wish: Please stay together! 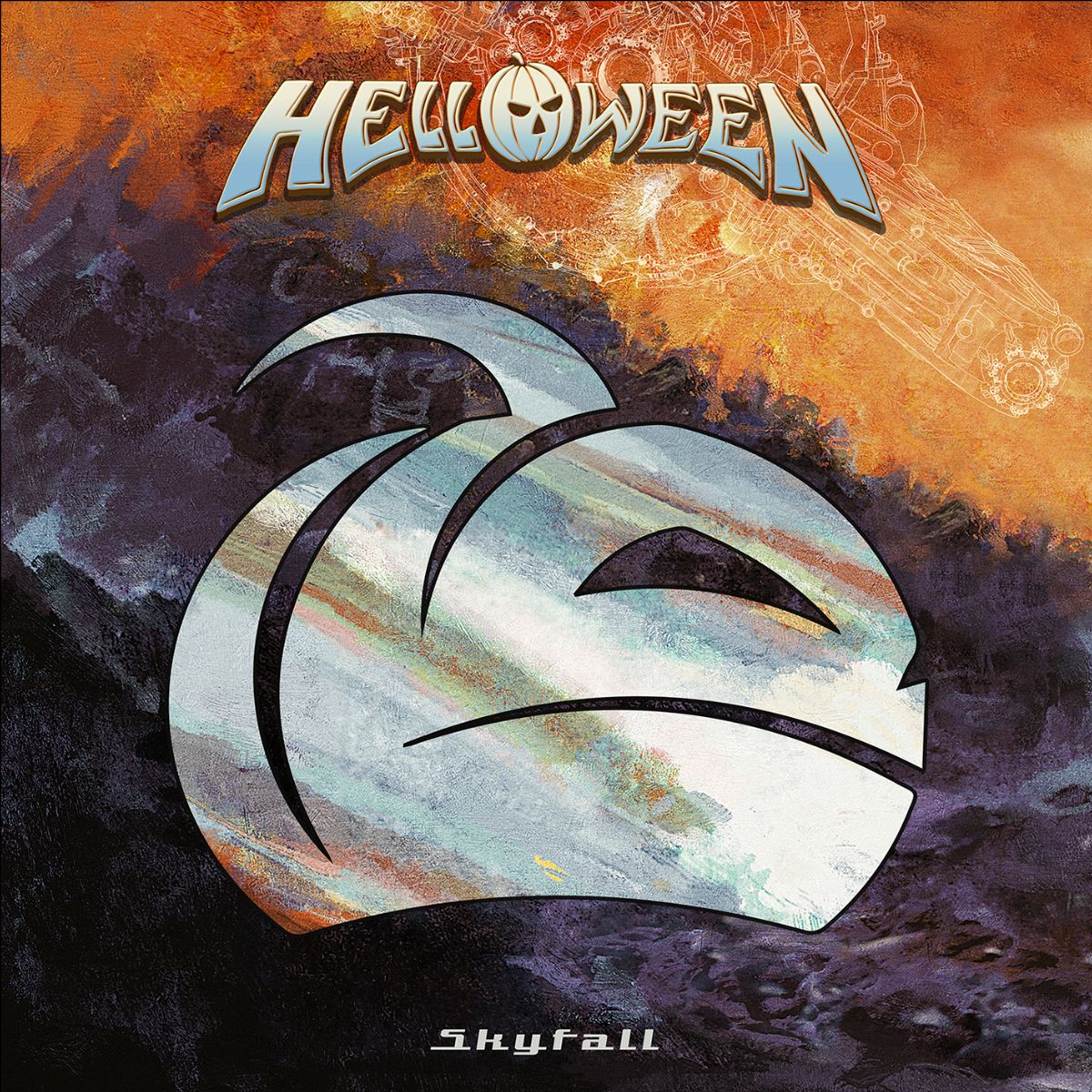 Following the excitement, one of the biggest magazines in this genre, »BURRN!« (Japan), honored the band with four unbelievable cover stories, followed by the thunderstorm of the century within the social media universe, a celebrated PUMPKINS UNITED single and the quenchless hunger for more – much more! And yes, the musicians tasted blood and it was clear, there was no way back – the future of HELLOWEEN will be written in unity.  It marked the beginning of a new era and the re-birth of a metal legend with exceptional artists. Their first new album will be released in summer 2021. Look out, because on April 2nd, 2021 the spectacular single SKYFALL will be released!“Skyfall” will be available on CD, digitally and in two different vinyl versions.Single 1: Vinyl, CD, digital:‘Skyfall’ (single edit) + ‘Skyfall’ (exclusive alternative vocals mix). Both are exclusive single versions and will not be on the album. Around 20 minutes playing time.Single 2: Vinyl only‘Skyfall’ (single edit) + ‘Indestructible’ (exclusive album track). This is a strictly limited version of the new single with one exclusive album track.Pre-order the singles here in the format of your choice: PRE-ORDER The epic 12 minute track Skyfall, written by Kai Hansen, has the long yearned ‚Keeper-Vibe’, but isn’t telling of the album’s full story. As a song it has a musical style that will be loved by fans of every era, from the band’s unforgettable classics to glorious newer adventures all the way through to the, upcoming, first album of HELLOWEEN’s new age. Skyfall tells of an alien landing on earth and a dramatic chase that ensues, while Hansen, Kiske and Deris duel with each other in a breathtaking manner and create a vast journey. The song is being released with a lyric sheet that includes colored coordinated sections for each of the singers, as well as a truly formidable new video. Produced by Martin Häusler, it will be the most elaborate clip in the history of the band, with the story of the song will be displayed cinematically through the use of 3-D animation.You can watch the exclusive teaser trailer here: WATCH IT HEREThe very first release of the new era proves to be worthy of the occasion. Just like a full album release, different formats, curated with love and affection will be available. Premium CD’s presented as digipaks and 12“ Gatefold vinyl in various styles including shaped-LP’s and picture discs – black or in various colour ways, such as orange/transparent, orange/black, green/black marbled, orange/black splatter and red/black splatter. The base of the upcoming milestone album was already created in the studio, using the original Ingo Schwichtenberg drum kit, the recording was done with the same modulators at the Hamburg HOME studios where back then »Master Of The Rings«, »The Time Of The Oath« and »Better Than Raw« were recorded. Back to the roots and completely analog is the UNITED impact – another great work by long time producer Charlie Bauerfeind and co-producer Dennis Ward before the album traveled to New York and got the final mix in the Valhalla Studios of Ronald Prent (IRON MAIDEN, DEF LEPPARD, RAMMSTEIN). With the brand new material, an album has been created that is set apart from the digital mainstream, showing that the essence of the band has never been more solid. SKYFALL is the beginning of something big – here comes HELLOWEEN!—More info & Socials Click: HELLOWEEN SOCIALS & MORE 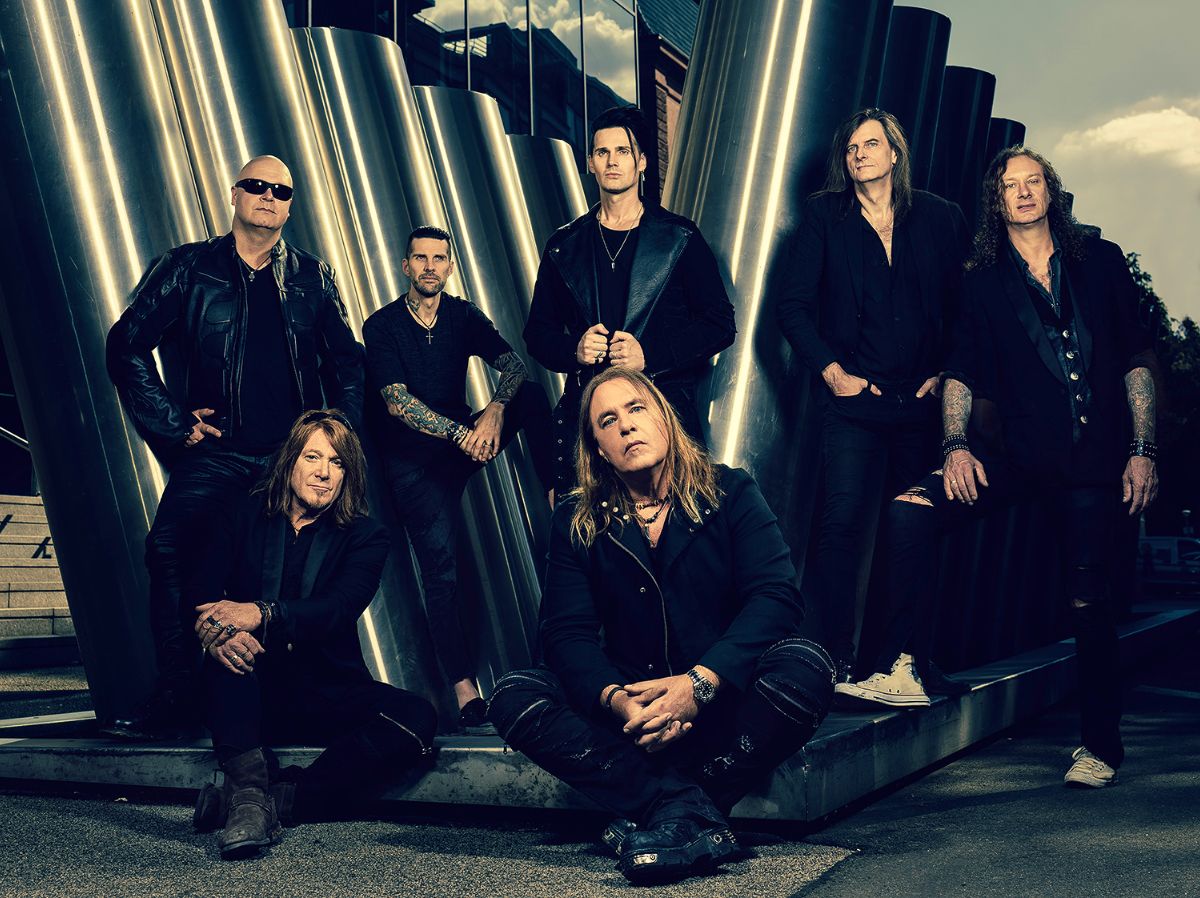