The debut album of SILVER LAKE by ESA HOLOPAINEN is finally released today via Nuclear Blast Tonträger Produktions- und Vertriebs GmbH and comes not only with the legendary guitar riffs of Esa Holopainen from AMORPHIS, one of Finland’s biggest guitarists and metal songwriters, but also seven famous rock and metal vocalists such as Jonas Renkse (Katatonia), Einar Solberg (Leprous), Björn “Speed” Strid (Soilwork), Anneke Van Giersbergen and many more, that dive you into a world of catchy, progressive metal masterpieces that breathe the beauty and melancholy of Finland.

Right in time for the release of his debut solo album, SILVER LAKE by ESA HOLOPAINEN reveals ‘Alkusointu’ (‘Alliteration’ in English) featuring a spoken word performance from one of Finland’s most famous actors and musicians Vesa-Matti Loiri. For foreigners, his name might not ring a lot of bells, but for every single Finn, Vesa-Matti Loiri is simply a legend and with the powerful saxophone solo, the folk-influenced song is definitely a rock track like no other.

Listen to the whole album and order your copy via: https://bfan.link/silver-lake-by-esa-holopainen

The self-titled album is available as a CD digipak, in various coloured vinyl editions, a limited CD boxset (incl. the digipak, signed card, guitar pick and flag) as well as digital. 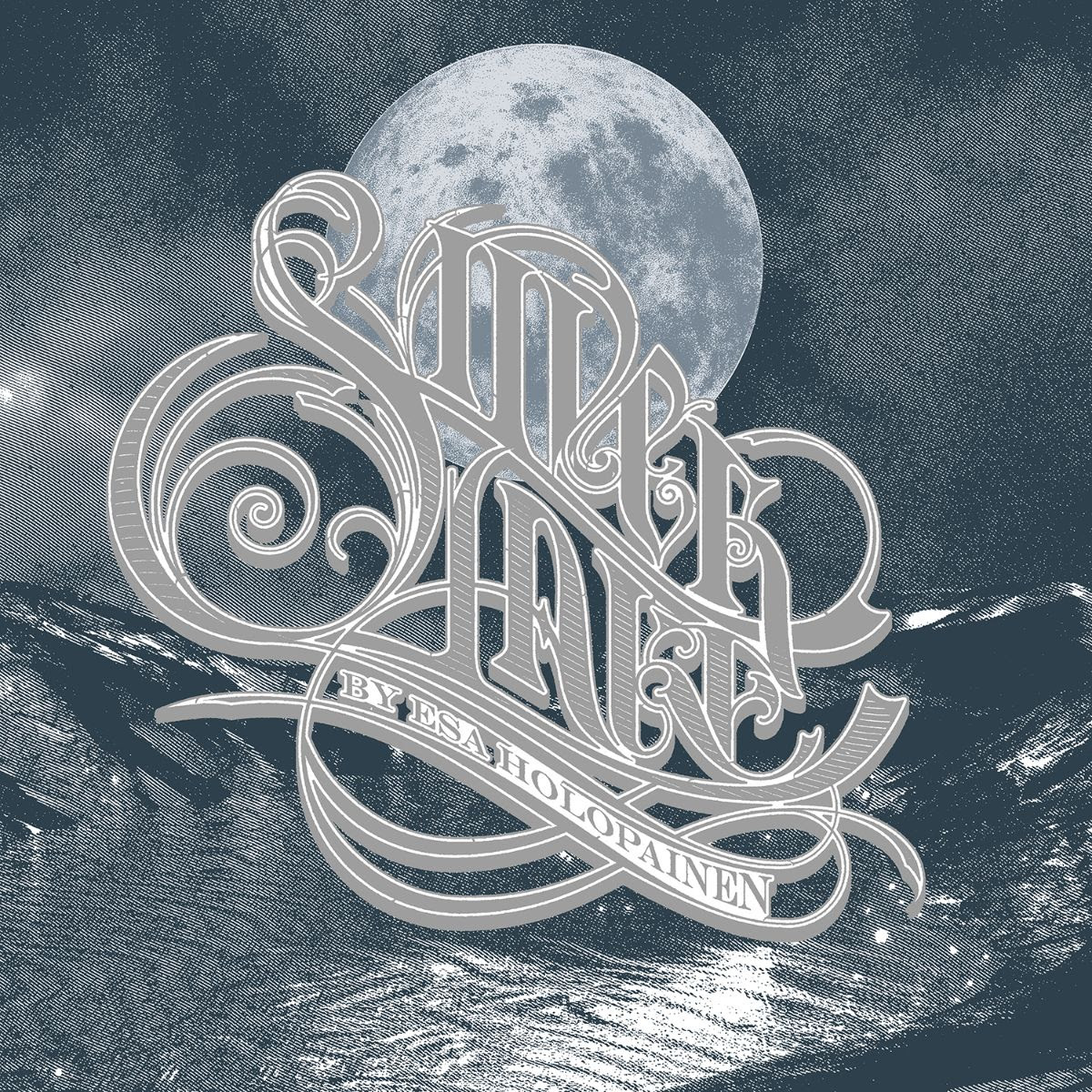 It’s the dawn of spring 2020. During one morning, Esa Holopainen’s mobile vibrates laboriously, and the guitarist picks up the phone. After some quintessential compliments, there comes the core question. “Esa, would it be the right time to start working on your solo album?”
This gentle voice belongs to Nino Laurenne, renowned music producer and owner of Helsinki-based recording facility Sonic Pump. Esa Holopainen doesn’t have to think for too long, the electric guitarist extraordinaire already knows the answer.Fast forward to early 2021. Esa Holopainen is sitting on the comfortable sofa inside Sonic Pump. His first solo album – released under the artist name SILVER LAKE – has been just mastered by Svante Forsbäck (Rammstein, Volbeat, The Rasmus).

“I’ve been thinking of doing my own record for years, and Nino’s call came at the right time”, nods Holopainen. “I mean, when Nino – who ended up mixing and producing the album – opened this can of worms, the worldwide pandemic had already destroyed all plans concerning 2020, and I was starkly aware of the fact that I had spare time on my hands. So it didn’t take long to comprehend that this is it, the time has finally come to do something on my own – for the first time in three decades!” 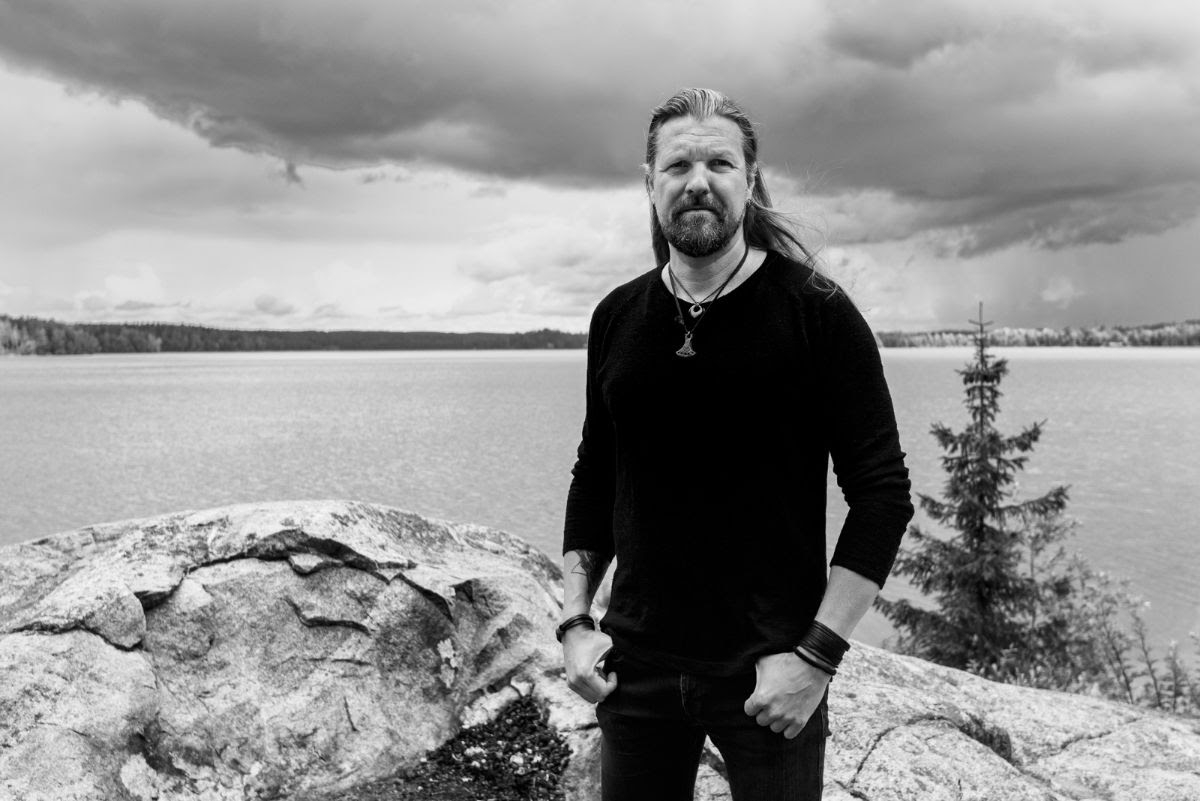 Since 1990, Esa Holopainen has been the lead guitarist of the progressively-minded heavy metal innovators AMORPHIS. Thanks to the metallic and melodic beauty of such classic albums as “Tales From The Thousand Lakes”, “Elegy” and “Skyforger”, Holopainen’s magnificent abilities to create enchanting atmospheres and innovative riffs have become widely known within the worldwide heavy metal circuit. “Over the last few years, I have been writing a lot of music, and some of the stuff hasn’t exactly sounded like Amorphis. When Nino called me in late March, I already had three decent-sounding Silver Lake songs in stock. These tracks, entitled “Sentiment”, “Ray Of Light” and “Promising Sun”, worked as the backbone for the full solo album.” Although the making of the record had already started, some important decisions were still under discussion.

“At first, I really didn’t know if the album would turn out to be purely instrumental or would there be vocalists as well. However, one thing was certain, I wouldn’t be the singer of SILVER LAKE”, smiles Holopainen as he continues “But, naturally, I know that as a composer, I always seem to be keeping rather traditional song structures – verse, chorus and so on – in my mind while writing. So, after all, it didn’t take long to decide that I would invite some singers on board as well. Many times, when people think about a guitarist’s solo album, they get the impression of technical stuff with a huge amount of notes played extremely fast. Well, I‘m not a big fan of that kind of music. Whenever I write, I always want to pile up interesting songs, and not just shred for the sake of it.”

So, before long, the intense search for the right vocalists had begun. “I started asking some of my longtime friends and favourite singers if they would be available”, says Holopainen. “Thankfully, it didn’t take long to find out that superb artists such as Anneke van Giersbergen (ex-The Gathering, VUUR), Björn “Speed” Strid (Soilwork), Einar Solberg (Leprous) and Jonas Renkse (Katatonia) would be happy to join the project.”

During the pandemic and these restricted times, how was working with the singers? “Needless to say, we were mostly working remotely from our own studios. All the singers are professionals right down to the bone, so there were no problems whatsoever. Some of the vocalists wanted to write their own lyrics and melody lines, and for some other singers, I wrote more or less everything. I don’t write any lyrics for AMORPHIS, but it was a very pleasant experience to come up with some words for my own album. Talking briefly about lyrics, I am dealing with topics including serious mental health issues, for example, and I have also been drawing a lot of inspiration from nature. There are some other topics as well…”

SILVER LAKE also offers a nice surprise for diehard AMORPHIS fans. “Like I described, I wanted to work with singers that I highly respect. Tomi Joutsen – Amorphis’s lead singer – is a lovely person and phenomenal vocalist, so it was a no-brainer for me to invite him on my album. As expected, Tomi does a brilliant job on one of the record’s heavier performances, entitled “In Her Solitude”. There are some musical “wild cards” available as well. “For instance, the first single off the album is called “Storm” and features some Dire Straits influenced 80s guitar vibes here and there”, smiles Holopainen.

“The vocal performance by the renowned Swedish singer Håkan Hemlin, also known as Nordman, is absolutely mesmerizing! Talking about “wild cards”, Finnish artist Vesa-Matti Loiri is possibly the most unexpected of them all. For foreigners, Loiri’s name might not ring a lot of bells, but for every single Finn, Vesa-Matti Loiri is simply a legend. “Vesku” performs a very powerful spoken word performance on the song “Alkusointu” – that’s “Alliteration” in English – and his voice is just haunting!”

Some “heavier performances” and “Dire Straits vibes” have already been mentioned, but how would Esa describe SILVER LAKE’s material in the bigger picture? “First of all, the record’s very diverse. Silver Lake can’t really be compared to Amorphis, but then again, there is my fingerprint on both AMORPHIS’ and SILVER LAKE’s material… So I wouldn’t be surprised if some fans hear some distant similarities here and there”, ponders Holopainen. “I want to underline the fact that when we were working on Silver Lake’s material, there were no limits. Not at all. As a result, a few of the songs are really poppy and some other tracks are pretty damn heavy.”

SILVER LAKE’s debut is still very much at the start of its life, but Esa is already considering the future “I am extremely happy with the SILVER LAKE record, so the second solo album is definitely a tempting idea! However, there are no concrete plans, so we just have to wait and see…”